Last week I introduced my son’s new reversible bucket hat, the first item I had made for the Umbrella Prints Trimmings Competition 2013. Now I have the pleasure of showing you what I made from the first trimming pack that I bought. 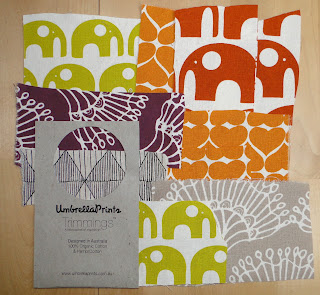 With the trimmings I decided early on that I was going to make a bag. In addition to the trimmings I used a nice heavyweight brown cotton that I had picked up recently in Ikea along with some frabric from the Life’s a Hoot line by Adornit that I chose for my lining. 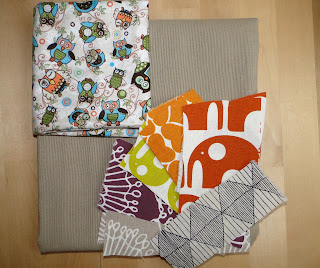 The bag in question is a handbag sized messenger style bag that I designed myself. 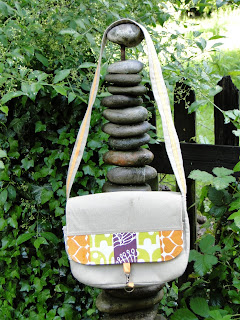 I used some of the fabric trimmings to create a decorative band on the front flap. A further trimming was repurposed in the form of a pocket on one end of the bag. In order to make the pocket large enough to use I pleated the base and then gathered the top, which prevents it from gaping and makes the contents easily accessible. 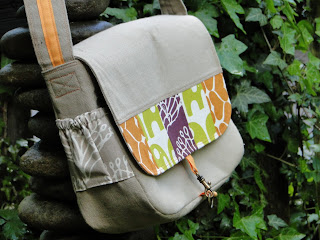 There is plenty of storage within the bag in the form of two internal pockets at the rear, and a further divided pocket at the front of the bag. 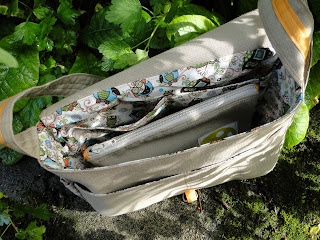 Of course the bag itself did not make use of all of the pieces in the trimmings pack and so I put those to good use to fill the bag with the necessary accessories. I first pieced some trimmings together and made a coin purse to collect all of the loose change I seem to constantly gather. 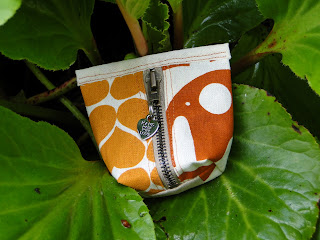 This was followed by a larger pouch. As I am usually out and about with my two boys, one of whom is only 16 months, I sized the pouch so that it can carry all that is needed for one on-the-go nappy change. 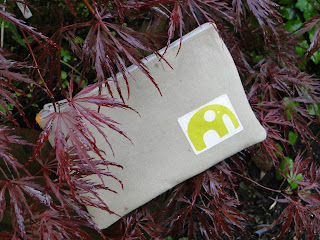 Even after making these items I still had several more trimmings left and so I used them to cover a number of buttons. I embroidered two more plain covered buttons with a heart and an elephant that picked up the desings in the trimmings. Using jumprings I then joined all of the buttons onto to a length of chain to make a fun matching keyring. 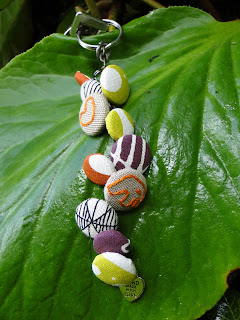 I really love how my new set works together and can’t wait to use it. 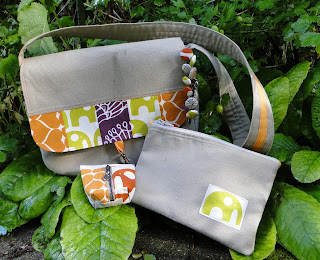 On May 31st all of the Umbrella Prints Trimmings competition entries will be pinned to the Pinterest board on May 31st. Between June 1st-5th (EST) you can vote for you choice of winner by pinning your favourite or favourites. Don’t forget to check it out, if past years are anything to go by there will be no end of wonderful ideas and creations.

2 thoughts on “Elephant Love: A Bag for the Umbrella Prints Trimmings Competition 2013”