Last week I shared a quick recap of my main sewing projects of 2015. As it’s WiP Wednesday I thought today would be a good time to share a little of what 2016 has in store so far.

My first sewing project this year will be a spring pillow for the first round of the Flickr Pillow Swap Four Seasons group. This is one of the very few swaps that I still participate in. I discovered the group last year at the start of the summer round and am so very delighted I did as it is a really wonderful group that I am proud to be a member of. At the moment I’m working on a spring pillow which will showcase an EPP design featuring a few of Alison Glass’s Sun Prints. 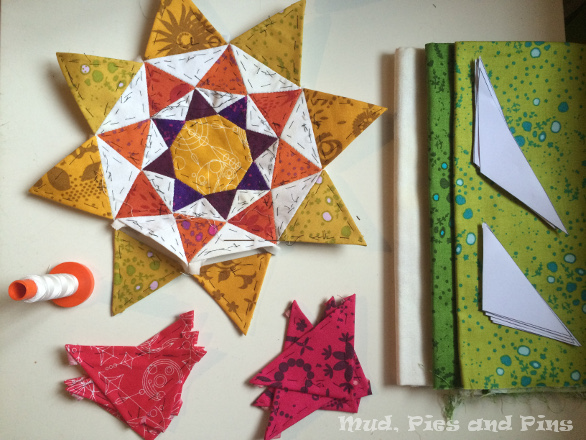 In addition to my EPP I’ve also got some cross stitch and some knitting on the go. Cross stitch is something I used to do a lot of in the past and something that I return to periodically. At the moment I’m working on two pieces. The first is a night time scene, and it often replaces EPP as my #sewingonthetrain on-the-go sewing because I find this piece easiest to stitch when I can avail of the great lighting a window seat on the train offers. 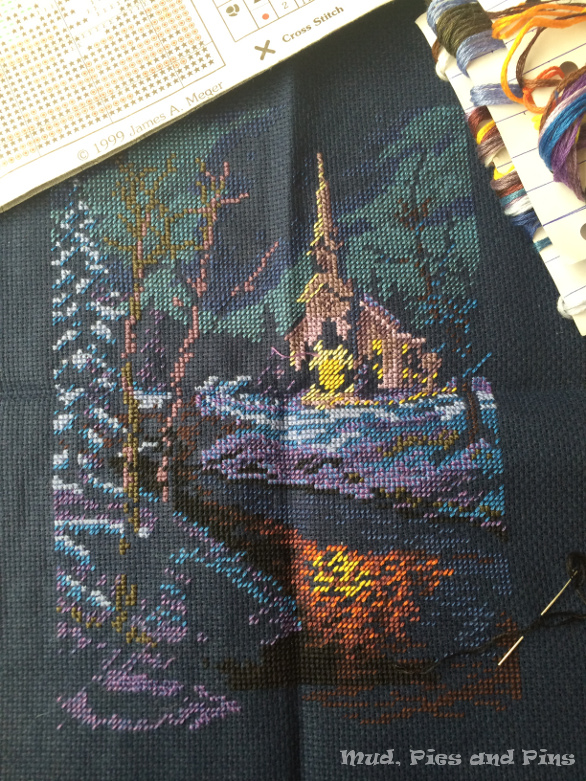 The second is a whimsical little picture that my sister had started but not finished. Being much lighter it’s much easier to stitch any time of the night or day so it’s at the ready to pick up and put down when I have a few minutes to spare. 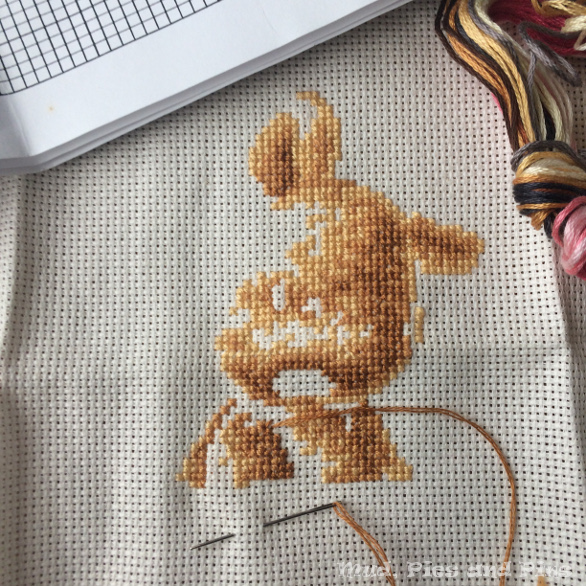 Knitting is something that I find myself working on a lot in the colder winter months and now that it feels properly wintery here the needles are out and I’m working on a new project. When we were up the mountains over the Christmas holidays I found myself drawn to a woollen blanket and pillow set in the window of the local craft store that I passed each day as I dropped the boys to ski school. By the end of our two weeks there I had given in and purchased the wool I needed to make said blanket. This weekend I had some time to get started while everyone was out skiing so I cast on the 255 stitched I needed and, after a little internet research to find the correct pattern, the English translation in the German pattern book was most definitely wrong , I got the first few rows knitted. This is going to be a holiday project, one that I plan on working on when we head to the mountains for weekends of wintery fun. 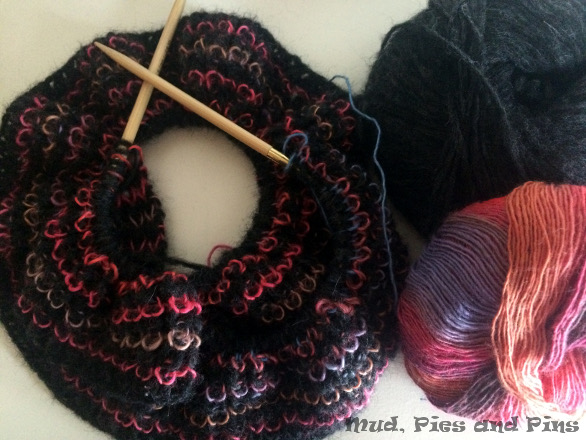 I had some great plans to dive straight into some quilting in the New Year and at the end of last year I had purchased plenty of batting to allow me to finally finish off some UFOs that have been sitting around for far too long. Unfortunately, these are going to have to wait a little longer, but for a very exciting reason.

We’re moving house! We knew that a move was on the cards for some time in the next few years but didn’t expect it to be quite so imminent. At the end of last year we saw a house for sale that was just what we knew we’d be looking for when we had to leave this one (which is going to be demolished in a few years to make way for a motorway) so we sold this one, bought the new one and now we’re getting ready to move. My corner of the sitting room sewing space is all packed up and soon I will finally be able to move my sewing out of the family living space and into a dedicated sewing and crafting room. To say I’m excited about it all is an understatement! 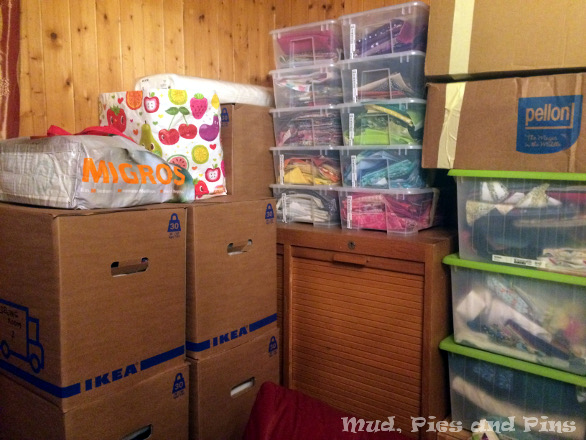 I know that moving is going to keep me busy for the next couple of months so I’ve got the perfect post move break planned, one that will also allow me to tackle the UFO problem that I had intended to be dealing with right now. I’ve signed up for Peaks 9, the next Patchwork in the Peaks retreat in April. Instead of having a specific retreat project as usual, the idea for Peaks 9 is that we all bring WiPs (works in progress), UFOs (unfinished objects), PhDs (projects half done) and any other other bits and pieces that we all have lying around our sewing rooms just begging for our attention and we work on finishing them. The first things that I will be packing is my unfinished broken herringbone quilt top. 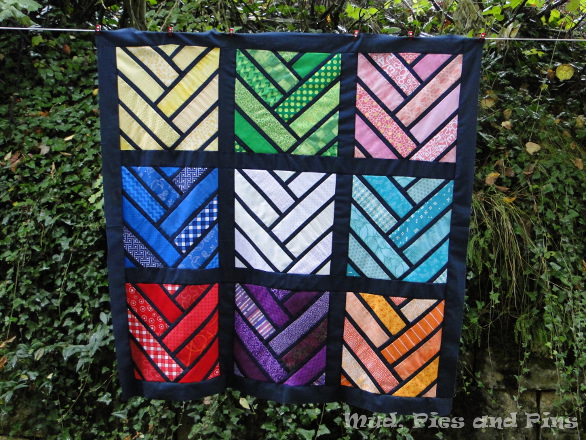 This top really is too small for what I now want to use it for but I think with the addition of some solid borders, it will transform nicely into a much larger quilt. 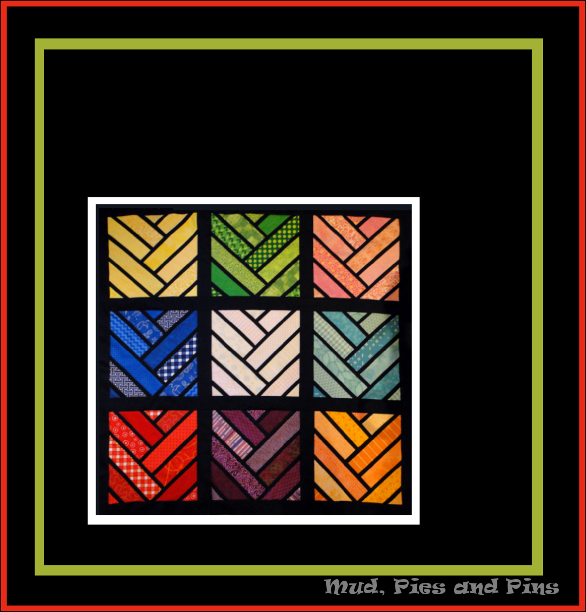 The second project I want to work on at Peaks is the improv Carkai quilt top that I began work on late last year. I have about half of the blocks sewn to date and I’m planning on finishing the remainig blocks at Peaks and, if time allows, the quilt itself.

If you too have a pile of UFOs sitting around and feel like a nice springtime break in the French Alps then why not come and join in the Peaks fun too. just think of how nice it would be to finally finish some of those pieces you’ve been meaning to get back to while at the same time enjoying a fun filled retreat with great company, amazing hospitality from our hosts at Chalet Les 4 Vents and stunning views like this. 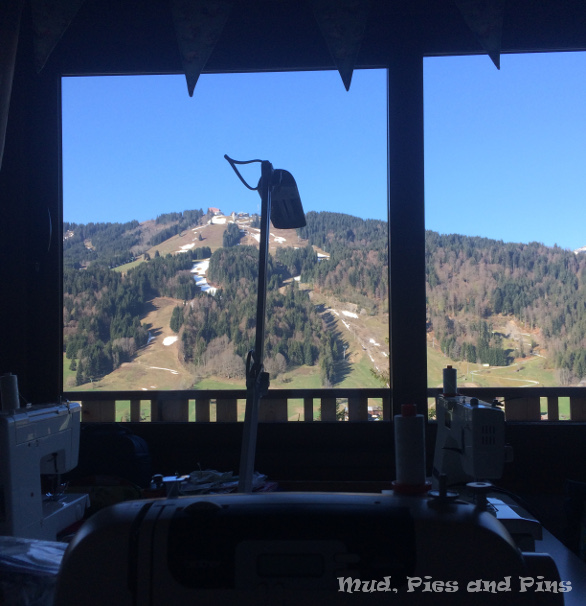 Linking up with Lee’s Work In Progress Wednesday over at Freshly Pieced.

6 thoughts on “Projects for the New Year – WiP Wednesday”