When I saw that Erin over at Why Not Sew? Quilts was holding a Strawberry Pincushion Swap I immediately signed up. It is, after all, pretty much impossible to reist such darling little pincushions! I decided I would make my pincushion from some orchid Michael Miller pindot. I added some dark green felted wool scraps for the leaves and dug out my crochet hook to make a few flowers and in no time at all I had one little strawberry pincushion. 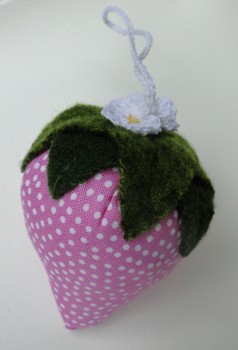 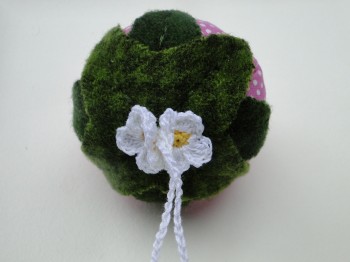 As a little added extra I made a needle book to keep the pincushion company. I used my QAYG flower design for the front cover of the needle book and teamed it up with some more of the orchid pindot fabric for the back of the cover. 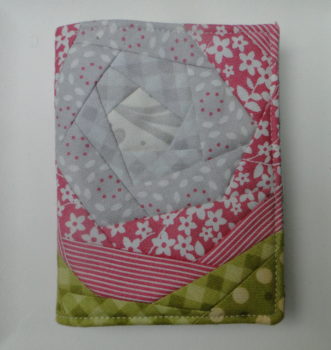 For the lining I decided to follow the sewing theme and used a piece of Andover’s Sew Retro fabric in green along with some pale yellow felt for the pages. 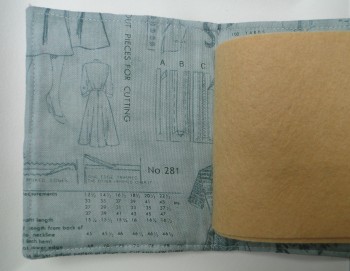 I also sent along a few buttons and a snail tape measure (that I forgot to photograph), which I hope my swap partner likes as much as I do. 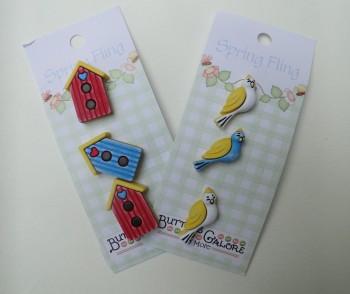 It was a really fun swap and I think I’m now a little addicted to making strawberry pincushions (more about that tomorrow). If you would like to see all the other beautiful pincushions made during the swap pop over to the swap Flickr page. 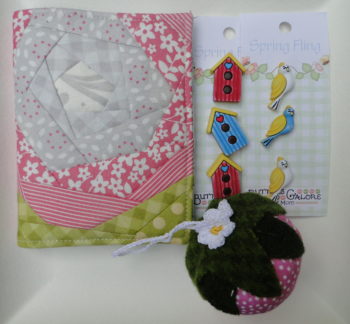