Following the success of the Halloween Sewing Swap that I recently took part in, many members of that swap group, including myself, went on to take part in the follow-up Autumn Be Thankful Sewing Swap. 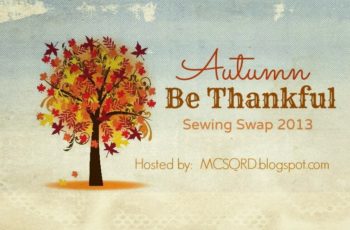 For this swap we were to make one item for our partner but I must admit that I deviated a little from this as I made a set of table mats. Not really one item, but it is one set, and after all a table mat on it’s own is a little lonely. 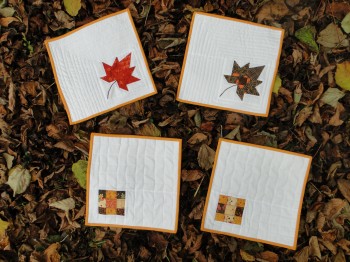 I decided to make two pairs of mats rather than four all the same. Two were made with a block of woven fabric strips as the main highlight, 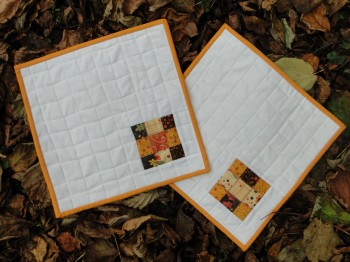 and the second pair featured a pair of maple leaves, made following the tutorial by Anjeanette Klinder. 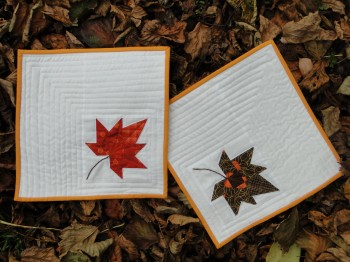 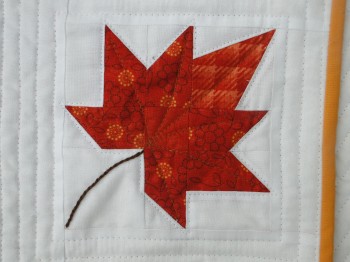 The mats were backed in a print from the Four All Seasons: Fall line by Kim Schaefer for Andover Fabrics and bound in Kona Cheddar. 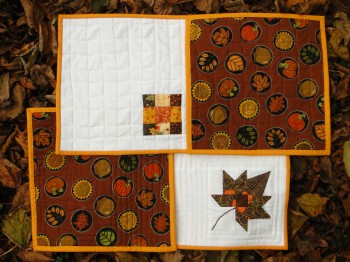 I stuck to straight line quilting on these, although my machine did not seem to like that for a qhile as it randomly decided to developed a stitch skipping problem for no discernible reason. It was cleaned, had a new needle, bobbin change and all manner of investigation but it persisted with the problem for a while and then switched back to stitching perfectly just as quickly as it had started skipping. I think once I get my Christmas stitching out of the way it will be time for a service.

Linking up with Alyce’s Sew Cute Tuesday over at Blossom Heart Quilts, and welcome to all who are visiting from there.

8 thoughts on “Sewing for Autumn”