It’s the end of the week and I have a few small finishes to share with you today. The first is the triple zip pouch that I was working on earlier this week. 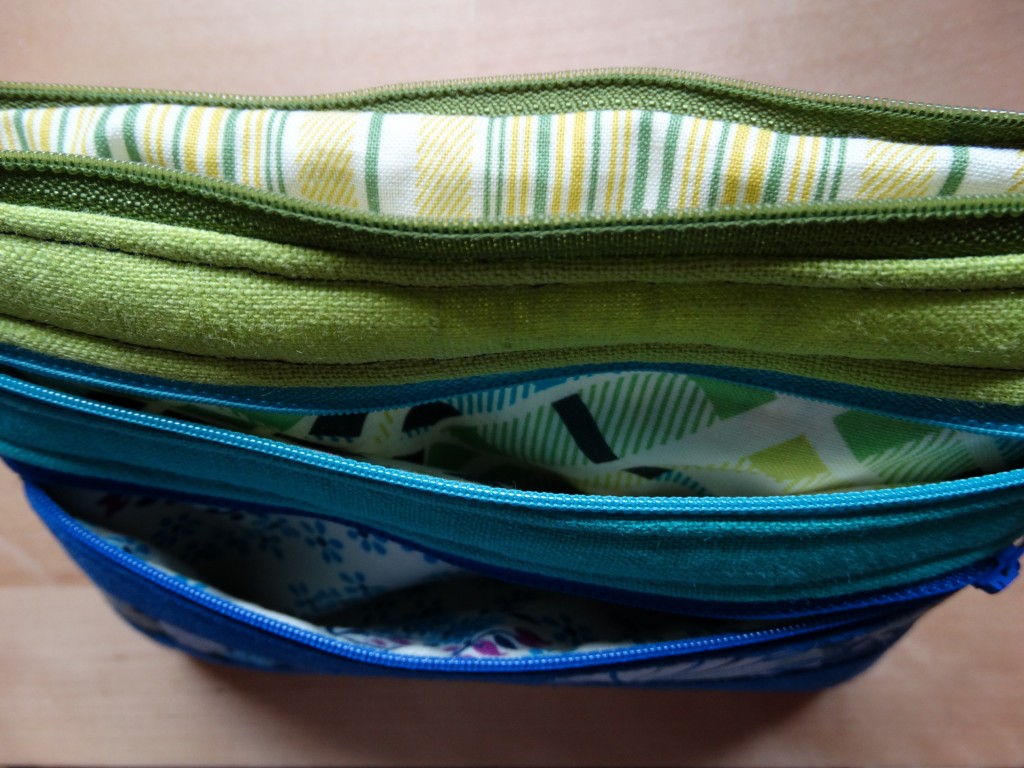 As I mentioned in my earlier post about this pouch we were following the tutorial by Debbie over at A Quilter’s Table to make the pouch. When it came to the finishing steps however, I chose to follow the alternative ending by Marci Girl Designs. This defintiely was a very easy way to finish the pouch but I did find that because of my use of linen as the outer fabric that the final seams were much bulkier that I would have liked, although this isn’t too apparent in the finished pouch. 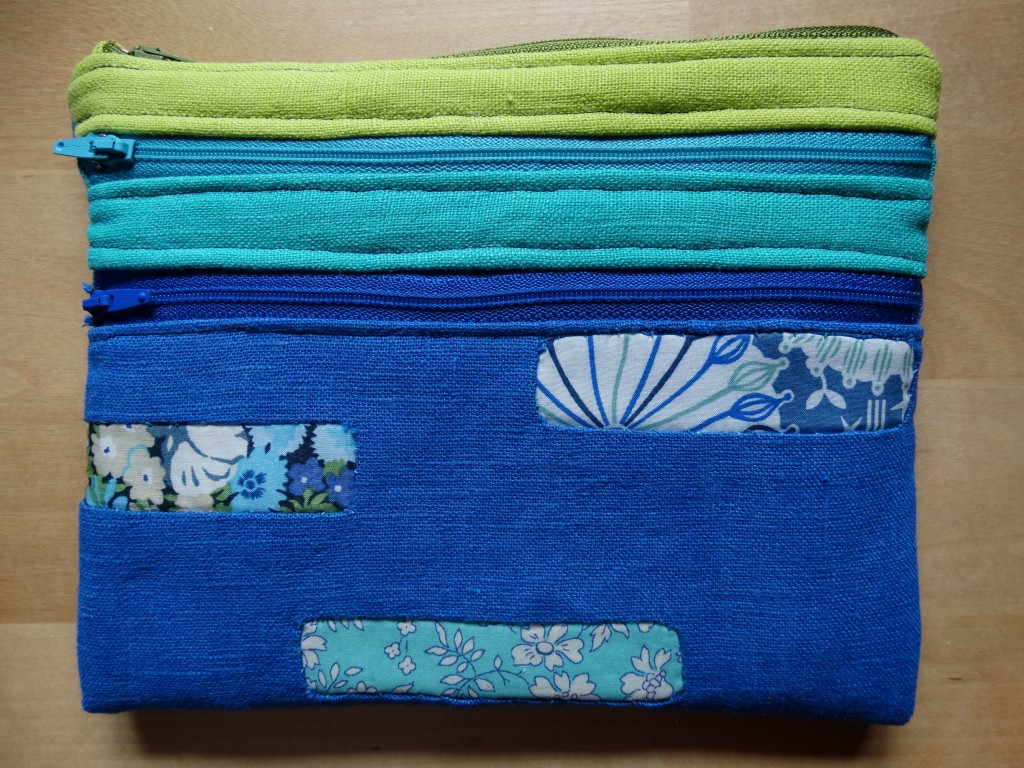 I’ve really enjoyed making this pouch, which really is a very useful and practical design but I do think that when I next make this pouch I will make a few alterations to the pattern to help reduce the bulk of the seams. I think that by cutting the fleece interfacing smaller than the outer pieces (i.e. to exclude seam allowances) and by making the linings for the front two pockets slightly narrower than the pouch I should be easily able to sew all of the seams in a manner similar to that described in the alternative ending while at the same time seriously reducing the seam bulk. Time will tell I guess. 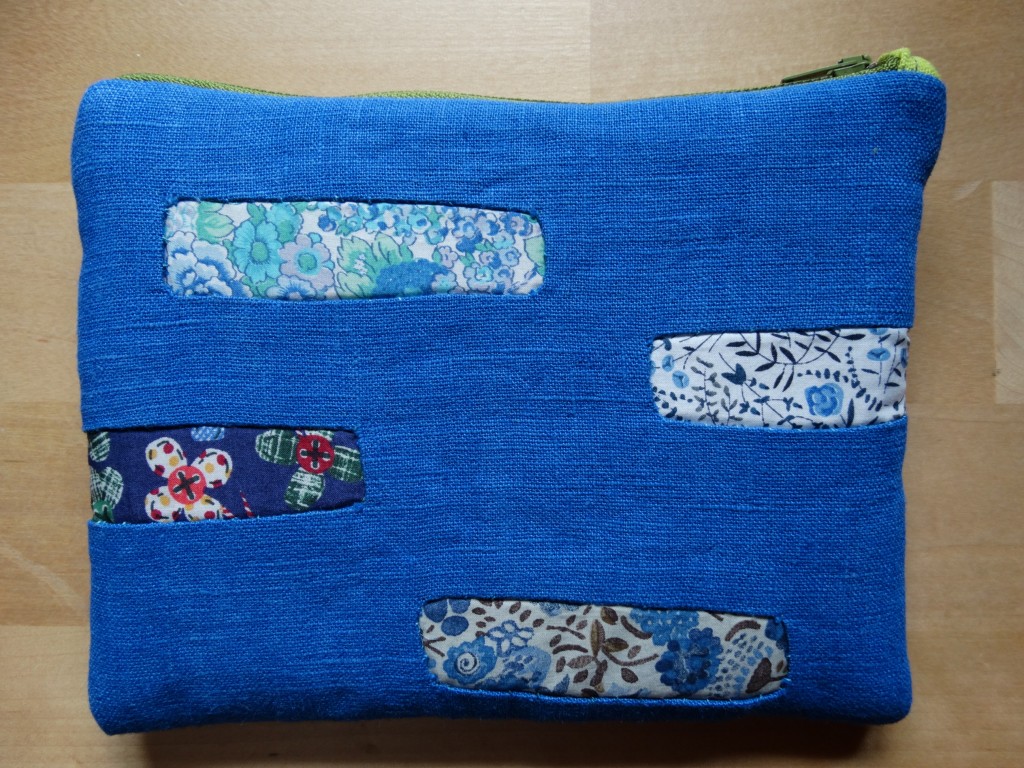 My second finish for this week is the first of a series of outfits that I am making for my niece’s doll as her birthday present. I found some very cute patterns over on Wollyonline and have started in on making some items from them using some of the same fabrics I had used for the pouch. I felt that the first dress I made was a little large, as the doll I making it for is marginally smaller than those for which the patterns were designed, so I decided it was probably a good idea to borrow the doll in question for a day so I could fit things properly. I’m glad I did because my hunch was correct. Thankfully with some alterations of the side seams I was able to make the dress fit and I will now easily be able to alter some of the other patterns to fit properly. 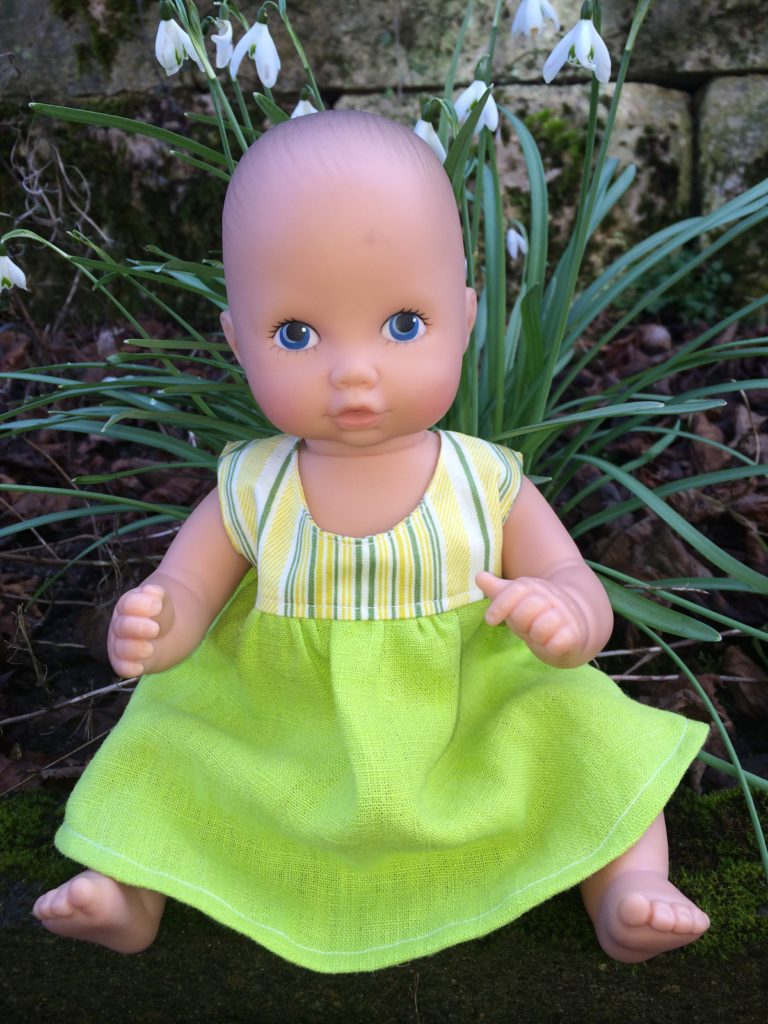 I must admit that I do find these clothes a little fidly to make, but only because of the machine I am using. Because my Brother machine is at the shop I am limited to the straight line stitching that is all my Singer does. So with my seam finishing options very limited I am using a lot more french seams than I usually would on such garments. They are still fun to make and I do look forward to making more.

Linking up with TGIFF which, this week, is being hosted by Sarah over at Mila & Cuatro. If you’ve not already visited do pop over and see all of this weeks great finishes.