If someone asked you to make a quilt themed “diamonds” what would you make? When this was a recently theme in the Doll Quilters Monthly Swap I found myself fairly swimming in ideas.

To start with I though I might try my hand at some EPP diamonds, not the pointy type but the type you wear. I drafted a few patterns, trialled one, and alough I was pleased with the result I knew it wasn’t what I wanted to use for this particular project. 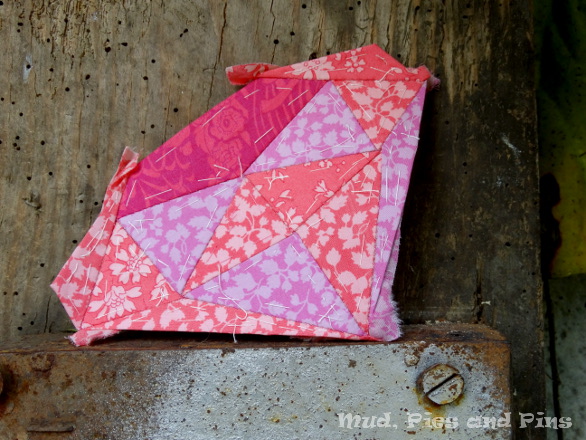 Then I thought of my “Starburst” pattern and decided I could make a smaller version of that. I miscalculated my dimensions a bit however and the final sections of what was to be “Citrus Starburst” ended up larger than I had planned and even a half star was going to be a little too large for the mini size I wanted to make. 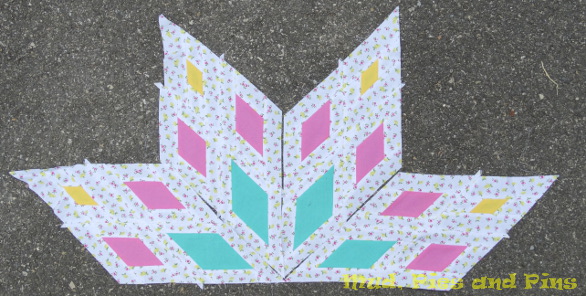 Back to the drawing board I went. I started playing around with some blocks on EQ7 and one of the ideas I came up was based on the Right and Left Diamond in Square block. 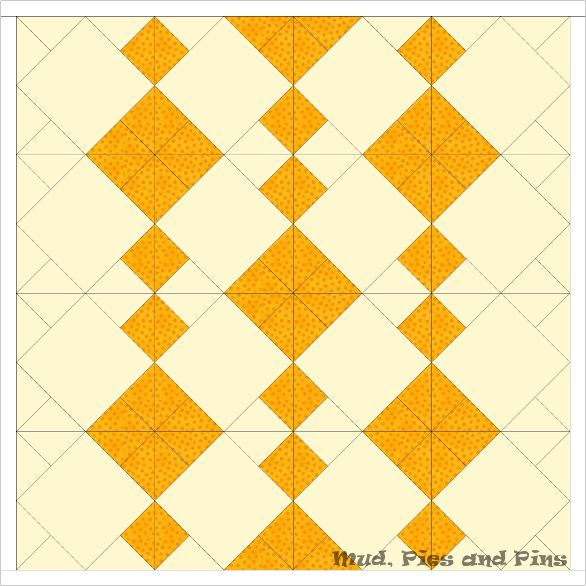 I quickly figured out that I could make this idea into a quilt by using solid sqaures and four patch blocks on point so I went back to EQ7 and quickly drafted the pattern I wanted to try using some of the diamond prints from Moda’s Birds and Berries fabric line by Lauren and Jessi Young. 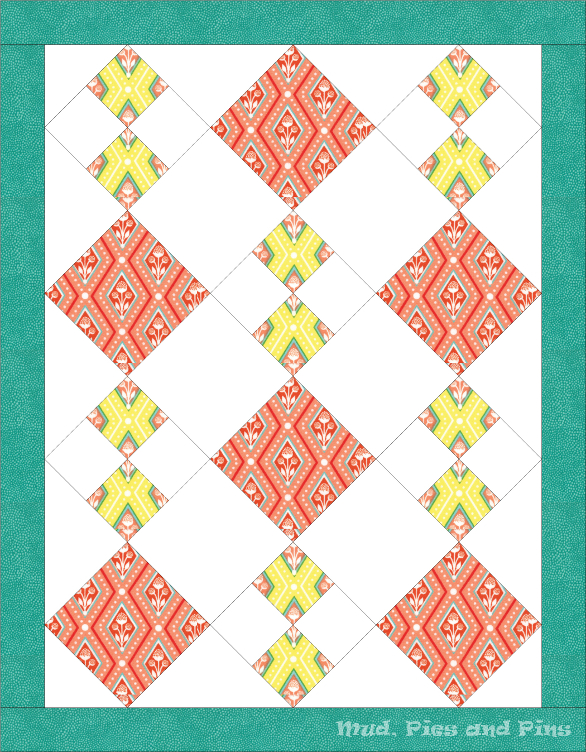 Although I’d never made a quilt with on point blocks before I found the whole process quite simple and by constantly referring back to my layout diagram I had it pieced very quickly. I was also very pleased with the simple cutting instructions given by EQ7 for the end of row triangles. I had originally thought about putting a turquoise border on the quilt but I didn’t like the finished result so I simply bound the “Stepping Stones” quilt in the planned border fabric instead. 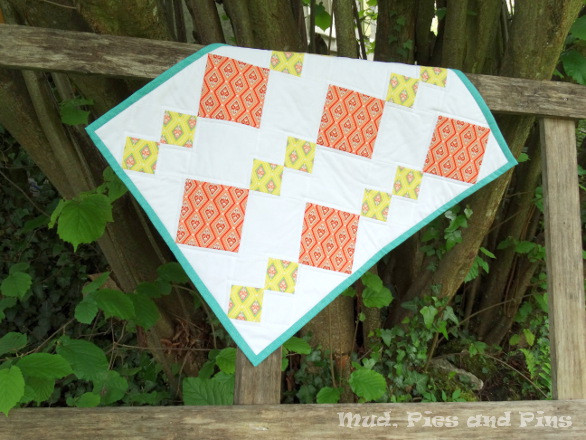 As backing fabric I used a Kate Spain Good Fortune print as I felt it matched will with the border fabric. 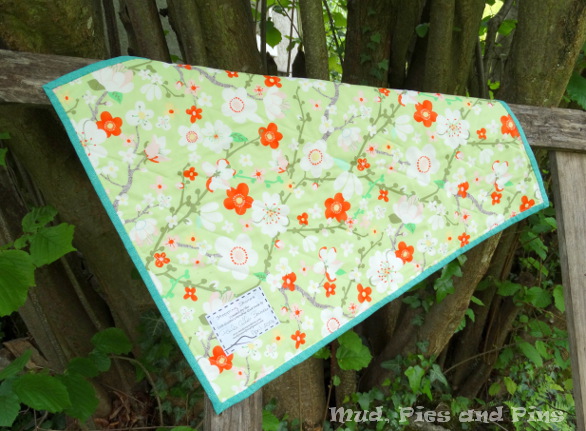 I kept the quilting simple and just echoed down each line of diamonds. 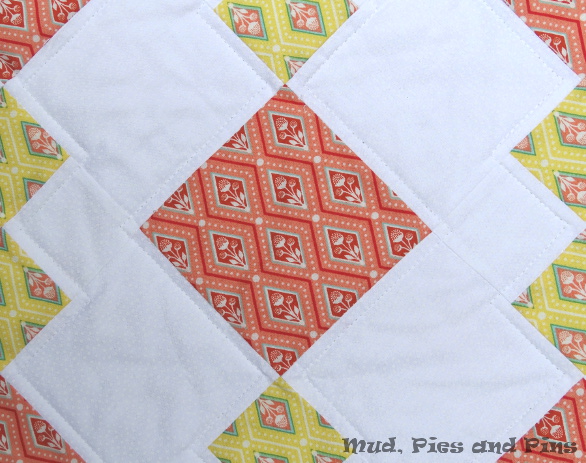 I can now happily tick the box next to working with on point blocks and I am confident this is one technique I will be using again. 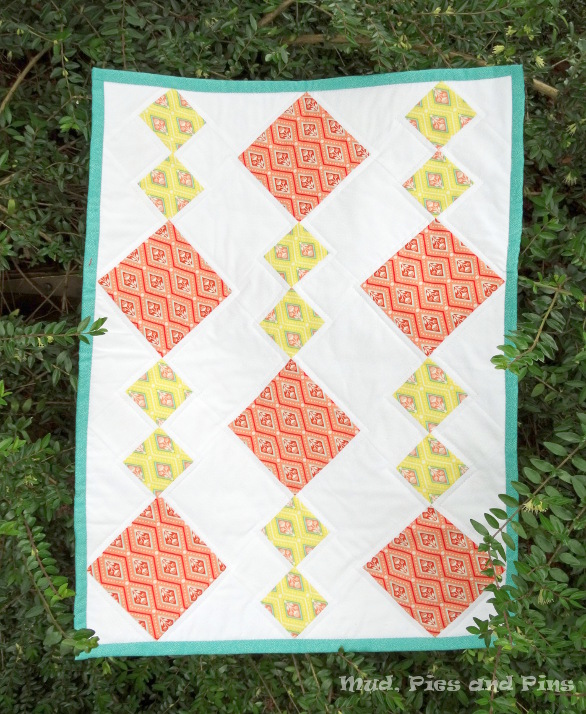 I also think that is one pattern I think I would defintiely love to scale up and make a larger version of. While I really love the effect given by using just two fabrics for the diamonds I do think it could also look great using a selection of fabrics from a charm pack, or even a layer cake, for the larger squares.

Linking up with TGIFF which is over at Riddle and Whimsy this week, and Can I Get A Whoop Whoop.

7 thoughts on “Playing With Diamonds”