It’s that time of the month again, time to take stock of how your plans to be organised for the Christmas ahead are progressing and to link up your festive makes at the Ho, Ho, Ho and on We Sew link party.

This month the party is being hosted by Benta over at SLIKstitches, and she is also sharing her tutorial for a very practical countdown to Christmas advent calender so even if you aren’t doing any festive sewing yourself this month be sure to pop on over and check out her great tutorial.

If you have been sewing be sure to join in with the link party, wihch remains open till the end of the month. Everyone who links up and shares their finishes is in with a chance to win this month’s giveaway prize, a pattern to make this beautiful alpine skier cushion, which has been sponsored by Helen over at Bustle and Sew. 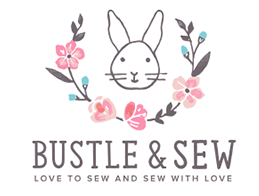 I’ve not really been doing any festive sewing myself this month. We now do secret Santa at home which means I won’t find out till later in the year which family member I will be gifting and as a result I don’t need to prepare a stack of gifts over the year. That’s not to mean I’ve not been giving sewing related Christmas gifts some thought though. If you’ve been following my blog or my recent activities on Instagram or facebook then you’ll be aware that I’ve been doing a fair bit of sewing with my six year old son over the past couple of weeks.

He really has a love of sewing at the moment, and I am hoping that will grow even more with time. We’ve already talked about him making a quilt of his own and while he is interested in doing this he also realises it will be a long term project and not one that gives instant results and this is, I think, a little (if not a lot) daunting to him. With that in mind I’ve started a Pinterest board that I am going to fill with fabric and project ideas that I think would be fun for him. 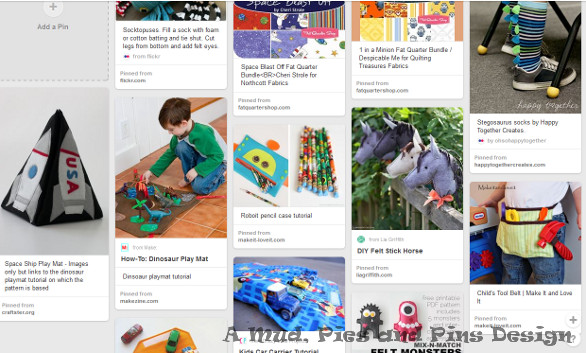 I’m not going to just limit myself to pinning simple ideas that he could make on his own, I am going to include plenty of projects that we could also make together. I think having a nice mix of short- and long-term projects will be important for him. Assuming that he still has the same love of sewing later this year I plan on putting together a sewing set for him for Chrismas: his own mini fabric stash, a project folder filled with ideas and patterns I’ve gathered over the year, and his own set of sewing notions. This will be very much a work in progress for the remainder of the year and one that I look very much to working on.

What about you? What have you been working on this month? Be sure to pop over to SLIKstitches and link up your makes before the month is out, and I look forward to reading all about them there.